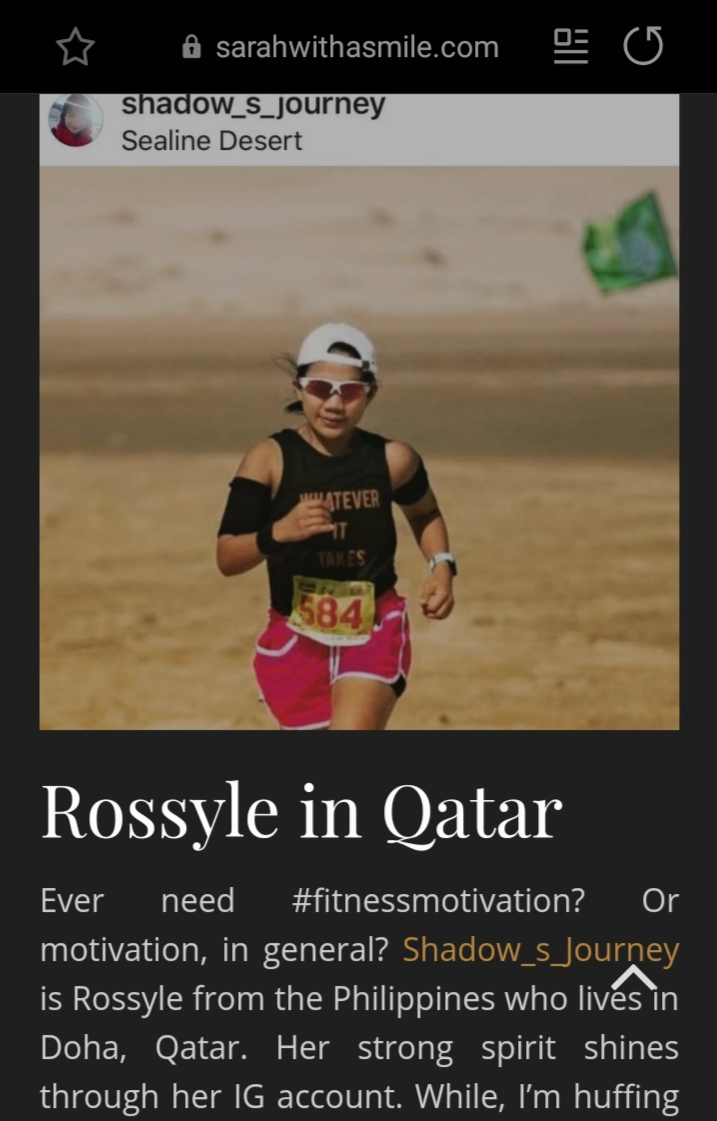 Happy to be part of the expat circles and share my answer to some questions given by Ms.Sarah Emery, a travelling expat blogger. Follow here journey on insta
@sarah_with_a_smile ;
https://sarahwithasmile.com/advice-from-expats-around-the-world/
1. What was the best advice you received before living abroad and how did it help you?
I think, best advice given to me was to mind my money. As I’ve mentioned, I was earning more than enough back in my country but I never had a single penny left in the bank. Rather, I left the country buried in debt. Minding my finances now helps me figure out the difference between the needs and wants. Funny it sounds, but yes! I learned to make the most of budgeting since we are receiving our salary just once in a month. I was offered a 2 year contract first followed by two more renewals and so was able to pay the debts left behind, support the family, learned to save and share when necessary.
2. What was the worst advice and why?
Worst advice? I think developing a new network of friends to avoid homesickness.  I am a friendly and easy to get along with person.  I easily trust people. I don’t even need to question your personality as long as you are human to me then we are friend. But unfortunately, this opened me up to those who took advantage of me and it hurt me so bad.
3. What advice would you give to those becoming an expat (can be in general or specific to the country you are in)?
Learn to adjust and embrace changes. Honestly,there was last minute sudden fear in me as I boarded the plane heading to the Middle East. I questioned the  uncertainty of whether I will be safe or whatever because of what I’ve read about traumatic experiences and successful OFW stories in the internet. Which one of those will I be? Rather than worrying,I focused instead on the positiveness and thought of  the reason why I chose this path. Just be brave. Know the basics, like where to go in case of emergency, stay in touch with your Embassy or the agency you were in. Be involve in some local activities that might fit your interest.  Get along with people who can motivate and bring out the best in you. Strictly abide whatever local law mandates. Need not to worry specially nowadays that we can access all means of communication anytime, anywhere.  Don’t be afraid. As long as you know how to communicate, just be what you are and express yourself.
4. What about your expat experience, has it surprised you?
Yes! It did surprise me. I was literally culture shocked! From the climate, to the foods, to the smell of spices, to the traffic, to dealing with different nationalities and even to my own English language grammar!
5. Do you think you have changed since becoming an expat and if so, in what ways?
Yes, I can say I’ve changed a lot! I know I’ve regained my confidence and self-steem that was buried from my doomed past. I was able to recover and took care of my physical health and mindful of my over all well being by actively participating in some local  events here. I specifically involved myself in sports, going to gym, competing local running races, marathons and ultramarathons bearing in me with pride my country’s flag.
My recent vacation also gave me the opportunity to go backpack travelling in Cambodia, Thailand and Vietnam for the first time in my life..ALONE!. There was this awesome feeling of getting lost and finding yourself, rebuilding yourself again..somewhere.

Associate With Successful People – Day 36 of 100