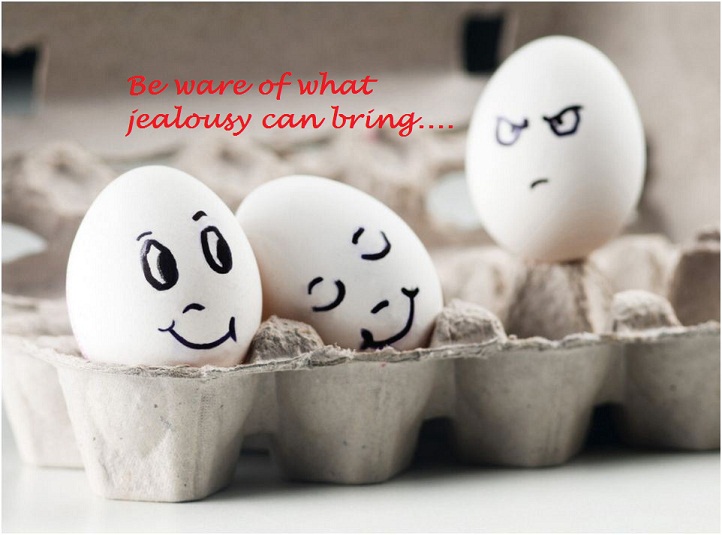 It is romantic to hear that someone is afraid of loosing you. I became jealous when I thought that  someone can make him happier than I did. That someone is better than me. That someone can take him away from me anytime, anywhere. Jealousy  is a sickness that needs healing. It cannot be done overnight. It takes time and effort. Let me share to you personally how I helped myself overcome this thoughts and feelings of insecurity.

If possible, don’t allow any single second to enter jealous scenes play on your mind or else it will affect whatever you are doing. There was a time when I burst into tears unknowingly while I was on my table in the office. Just imagine how critical it was to my accounting job doing calculations and reports on figures?. Or maybe you are in the kitchen cooking. Imagine how dangerous it is? Instead of isolating, crying in the corner and pitying yourself, get up! Go out and do physical exercises like jogging or simply walking. Believe me, it really works.

2. Don’t compare yourself to others
Focus on your own strength. I remember when I confronted my ex about him having text mate, he told me why would I be insecure? He will and will always choose me among other girls because I already possess all the characteristics that he was looking for. That I am a college graduate, with a very good job, and good looking..etc. Well I guess, I should have thanked him for reminding me of my value despite the failed relationship that we had . It is very true that life is unfair. Why others are good-looking and others not, others are intelligent in nature while others not. We were created and gave meaning to this world with our individual uniqueness.

3. Better not to know.
– Limit yourself from monitoring/sneaking around on your partners phone or any social media accounts. Respect each other’s privacy or else it will bring negative impact to your partner that as if you are controlling his life. Remember we have our own lives. He or she is not a robot. One of my condition in a relationship was being open to each other in any aspect. I want him to be open to me who his friends were, where was he going, what was he doing etc. We both should know each other’s passwords in any social media accounts that we had. I once believed that being open to each other builds trust. But now I realized that sometimes we also need this “secrecy”. In order to protect a healthy relationship and in order to protect each other. The more you know, the more the peace of mind will be deprived from you.

4. Control your emotion
How I wished it was included in our school curriculum about controlling emotion.
I panicked whenever I saw him in a picture with another woman or even heard him conversing on a phone with a woman on the other line. What is this? Paranoia?
Sounds crazy right? But mind you, it really happens anywhere and to anyone.
A friend told me once, ” pain is only in the mind”. The more we think the word “pain”, the more it will be manifested to us. I was depressed for couple of months after the broke up. I allowed myself to be devoured by negative emotions. Until I realized that it was already illogical! It already affected my present and future.
Divert your attention on valuable things around instead of focusing on pain, regrets and grudges of the past.

5. Believe in the faith.
All of us have this sanctuary in time of trouble. We are just human with limitations. Whatever beliefs, religions or faith we have, there is always time to rest and surrender. Trust Him Who is in control of everything in this world.
Surrender to what it is, let go of what was and have faith in what will be.

Take That As a Win

Going Through Pain is Frightening. You Have To Be Brave…ALONE!

I Have A Heart Too