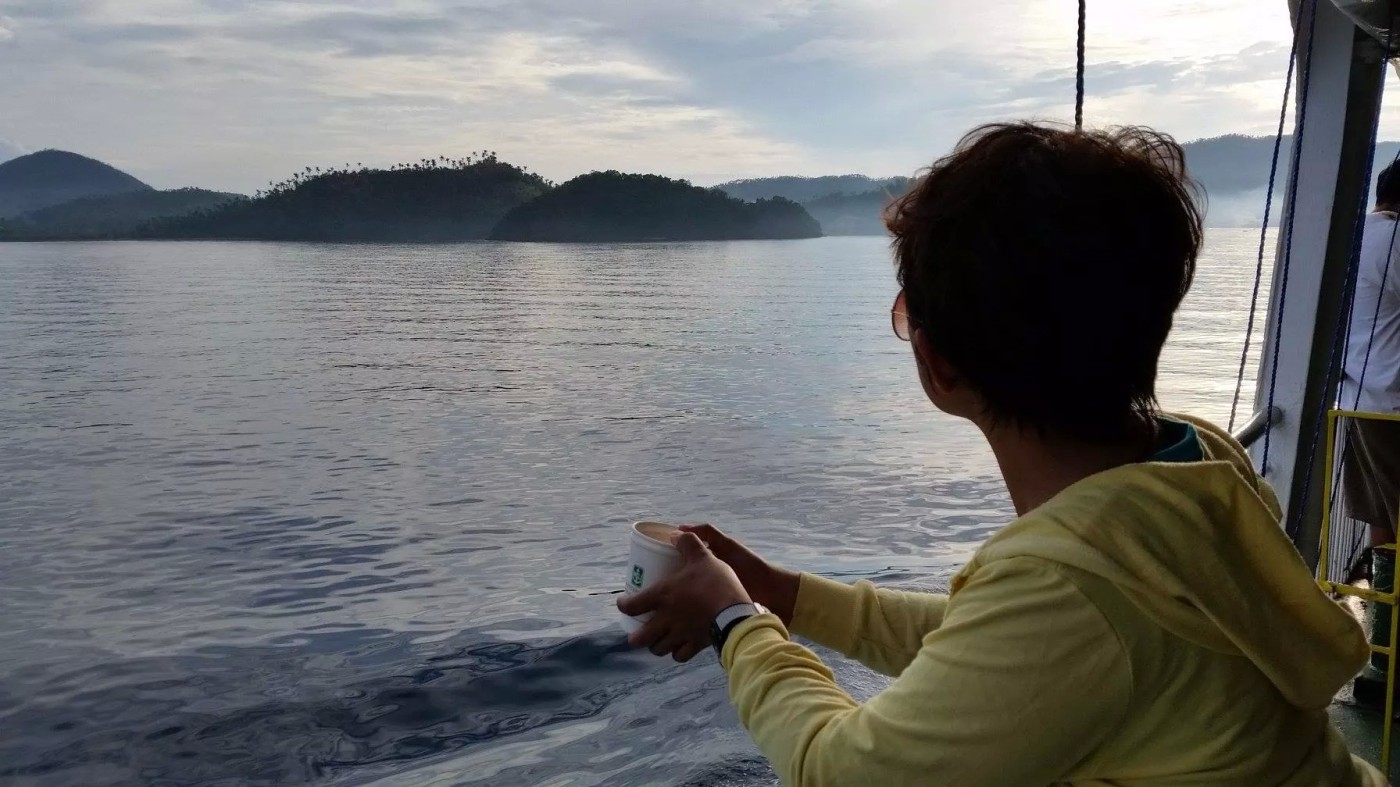 With a mission to spread the advocacy throughout Philippines, I together with Ate Divine ( our senior officer) left Manila around 1:00am, August 18,2014 with JAC Liner in Pasay-Buendia terminal. She will be sharing to the Municipality of Sta. Cruz Marinduque lectures about tobacco control activities and Philippine policies on smoking. To be honest, I was still in the state of drowsiness that time. But due to the call of mission we have to get up and moved. The estimated time to arrive at Balahican Pier in Lucena going to Marinduque was at 4:00am. To cut the story short, we reached Lucena diversion road 3:30am. The we rode the tricycle going to pier and that was almost 30 minutes travel and paid the tricycle driver a 300.00 Upon arrival, we proceeded directly to the counter to pay for the fares amounting to Php 320.00 per pax. We hurriedly run to the leaving RORO. These are ships designed to carry wheeled cargo, such as automobiles, trucks, semi-trailer trucks, trailers, and railroad cars, that are driven on and off the ship on their own wheels or using a platform vehicle, such as a self-propelled modular transporter. We boarded Montenegro ship and left port almost 4:30am and reached Balanacan port in Mogpog around 7:30am. That was almost 3 hours. 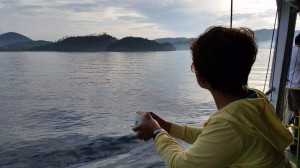 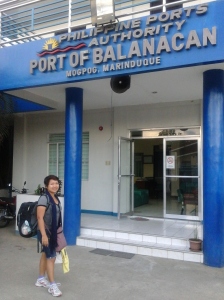 The iconic landmark of Balancan port is the statue of Our Lady of Good Voyage , however if you are arriving at night or very early in the morning chances are, you will scarcely notice it. We were just so lucky that I was able to take a picture of it. 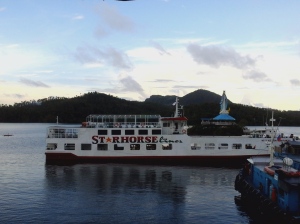 As we arrived, somebody from DOH fetched us and dropped by to Dra. Rachel’s house serving us with one of their delicacies.. 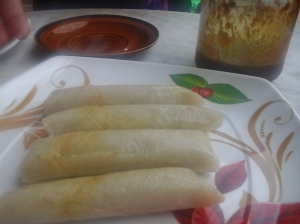 We then proceeded to our next destination and took our breakfast. After some minutes of rest, we went to the venue of the First day’s activity on Smokefree Orientation for Enforcers and Task Force. The activity went well. We could see supports from the leaders of Marinduque, from their governor up to the last official of town, the Barangay captains. Students of Sta. Cruz Municipality were invited during the Launching of Smokefree ordinance. As I attentively listened to the promising leaders to support this advocacy,it came to my mind that if only all leaders of the Philippines will care for their constituents, how privileged it would be to both parties…to the government and to the people of the Philippines. To the government for it to be able to save money in the expenses incurred in medicating constituents in various tobacco related diseases. And to the constituents, for them to free themselves from harm effects of smoking and can save their money also. Students presented their jingles on ill-effects of smoking at the same time, there was also slogan-making contests for Brgy. Officials with the same theme….get rid of smoking. The activity was successful. It was attended by leaders, storeowners, students and other civilians of the municipality. 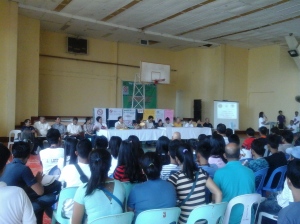 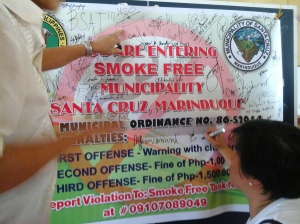 After the major purpose of our coming to Marinduque, we were invited for a tour around Marinduque. We landed on our first dropping place.. 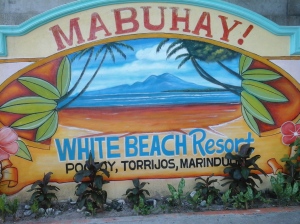 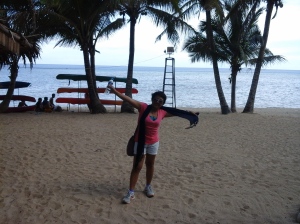 We passed by to other Municipalities. Over all, it was sort of joyride! On the following day, we returned back to Manila with the same route. By the way, we stayed to Dewey Hotel for the whole 3 days stay. Back to the port, we were fetched by PHO’s driver to Balancan port back to Manila. It was a worth-it travel. A mission accomplish!

Take My Heart And Break It

Don’t Fire Your Arrows At Me